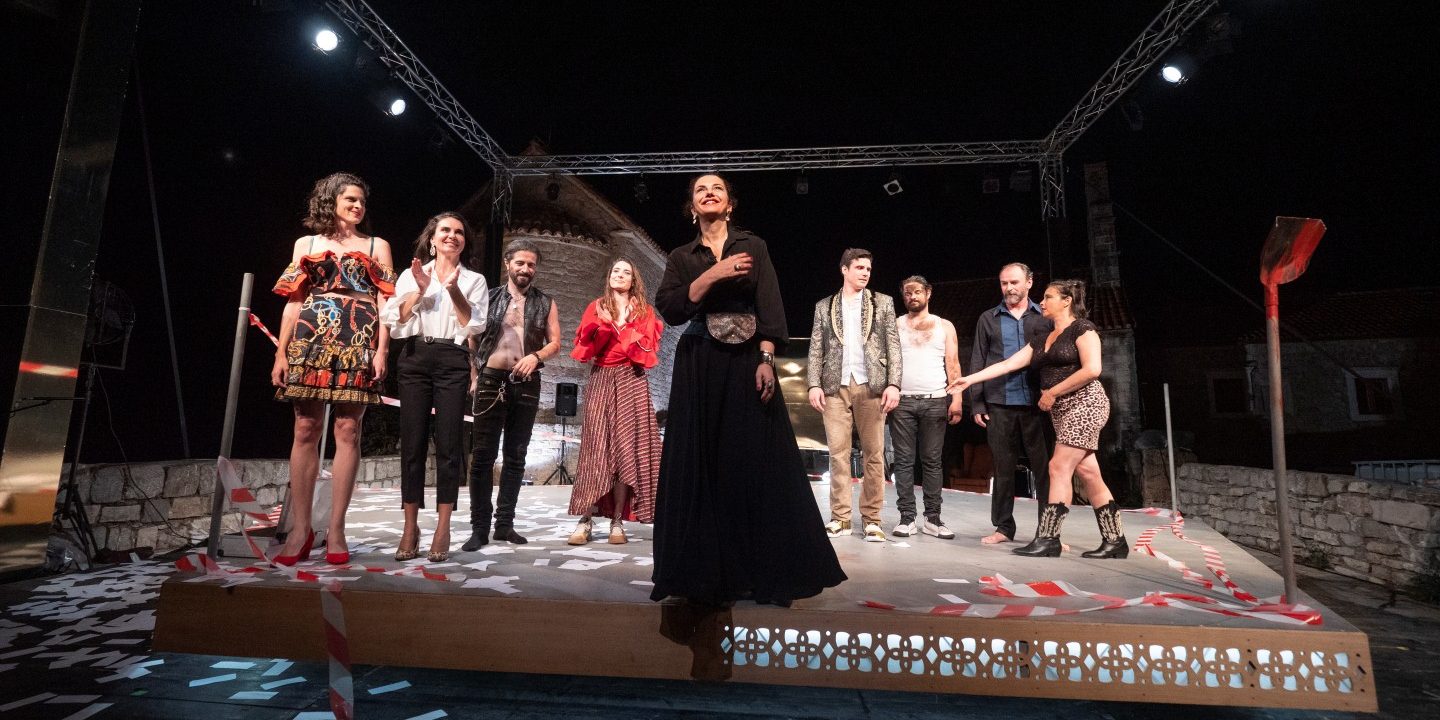 In July, at the Theatre City Festival, there will be two guest plays by the “Yugoslav Drama Theatre” – “La Celestina” and “My Husband”. “La Celestina” is a play based on the novel by Fernando de Rojas and directed by Milan Nešković, co-produced together with the Budva Festival. It will be performed on Sunday, July 18, and a day later.

It was premiered on July 18, 2019, in Budva, while the Belgrade audience had the opportunity to watch the drama for the first time on October 4 of the same year.

The novel “La Celestina” was written exclusively in dialogues, as a dramatic text, and it is considered one of the greatest works of Spanish literature.

The dramaturge is Maja Todorović, who also did the adaptation of the novel, the set designer is Jasmina Holbus, the costume designer is Biljana Grgur, the choreographer is Ista Stepanov and the composer is Vladimir Pejković.

The duo drama “My Husband” will be performed On Wednesday, July 21, on the stage Between the Churches in Budva. It is based on the collection of the eponymous stories by a Macedonian author Rumena Bužarovska, directed by Jovana Tomić.

The play is performed by Sanja Marković and Jovana Belović, and it was premiered on July 18 on the Studio stage of the Yugoslav Drama Theatre.

“My Husband” was performed on July 2 in the Cultural Centre “Gradac” in Raška, then on July 8 at the Belgrade Summer Festival (BELEF).

After Budva, on August 19, this play will be performed at the “Ohrid Summer” Festival, and it will be a guest performance in Banja Luka in the fall.